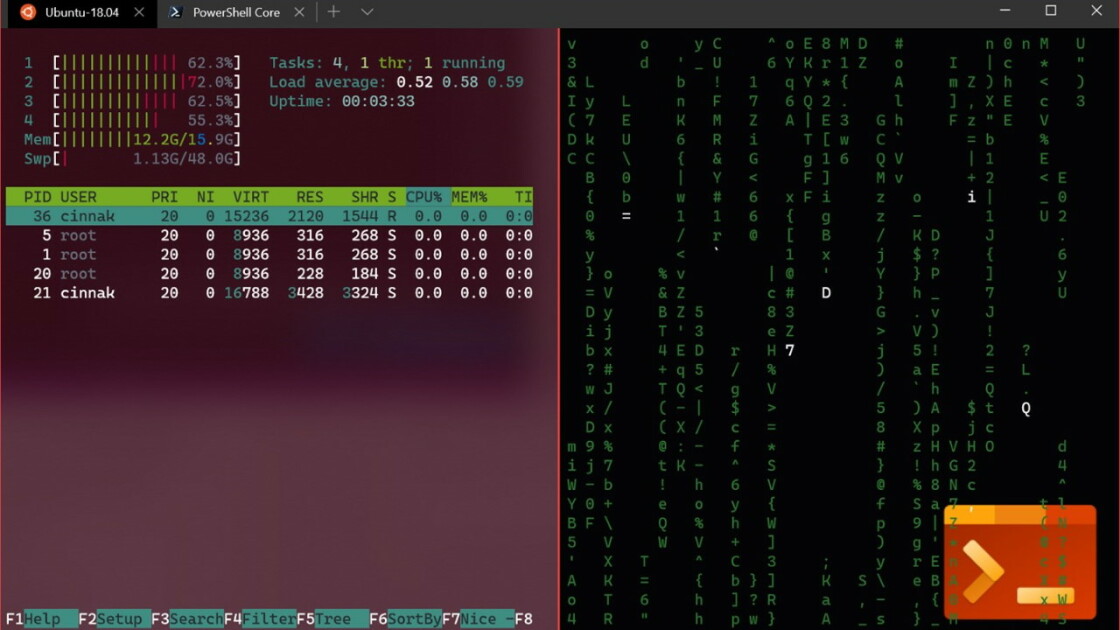 Microsoft is set to release an update for the Windows Terminal that will bring back memories for the older geeks among us who grew up staring at CRT monitors.

The Windows Terminal was launched last year as, “a new, modern, fast, efficient, powerful, and productive terminal application.” It can be used to access the Windows Command Prompt, PowerShell, or Windows Subsystem for Linux (WSL). It’s a welcome alternative to the Command Prompt we’re all used to thanks to the inclusion of multiple tabs, GPU-accelerated text rendering, custom themes, styles, and configuration options.

As The Verge reports, Microsoft continues to improve upon the feature set of Windows Terminal, and the next update has a hint of nostalgia about it. Once available, the new version of Terminal will allow you to view its output with CRT effects enabled. The experimental feature will add scan lines, which CRT monitor users should remember well.

The next update will also include the ability to resize tabs allowing more to fit on-screen, as well as search through tabs to locate command inputs and outputs. There’s also custom key bindings for opening a profile and the ability to apply a setting across all profiles.

Microsoft is planning to have v1.0 of Terminal ready to launch by April this year, but for now we’re still getting regular preview builds. The next, which includes the CRT effects, arrives on Jan 14 and will be available via the Microsoft Store. To use it you’ll need to be running Windows 10 version 18362.0 or higher.